NPTEL is an acronym for National Programme on Technology Enhanced Learning which is an initiative by seven Indian Institutes of Technology (IIT Bombay, Delhi, Guwahati, Kanpur, Kharagpur, Madras and Roorkee) and Indian Institute of Science (IISc) for creating course contents in engineering and science. NPTEL as a project originated from many deliberations between IITs, Indian Institutes of Management (IIMs) and Carnegie Mellon University (CMU) during the years 1999-2003. A proposal was jointly put forward by five IITs (Bombay, Delhi, Kanpur, Kharagpur and Madras) and IISc for creating contents for 100 courses as web based supplements and 100 complete video courses, for forty hours of duration per course. Web supplements were expected to cover materials that could be delivered in approximately forty hours. Five engineering branches (Civil, Computer Science, Electrical, Electronics and Communication and Mechanical) and core science programmes that all engineering students are required to take in their undergraduate engineering programme in India were chosen initially. Contents for the above courses were based on the model curriculum suggested by All India Council for Technical Education (AICTE) and the syllabi of major affiliating Universities in India.
Ganga Technical Campus, Soldha has been designated as NPTEL LOCAL CHAPTER by IIT under the subsequent directives issued by MHRD.
Being NPTEL LOCAL CHAPTER , GTC has announced to offer a well furnished fully loaded computer lab for the use of their students as well as students of various engineering colleges who are incapable of providing facilities to their own students and for general public.
The main motive of NPTEL and of GTC is to empower students with quality education so that they can play a vital role in the development of Nation INDIA and then of the institute. 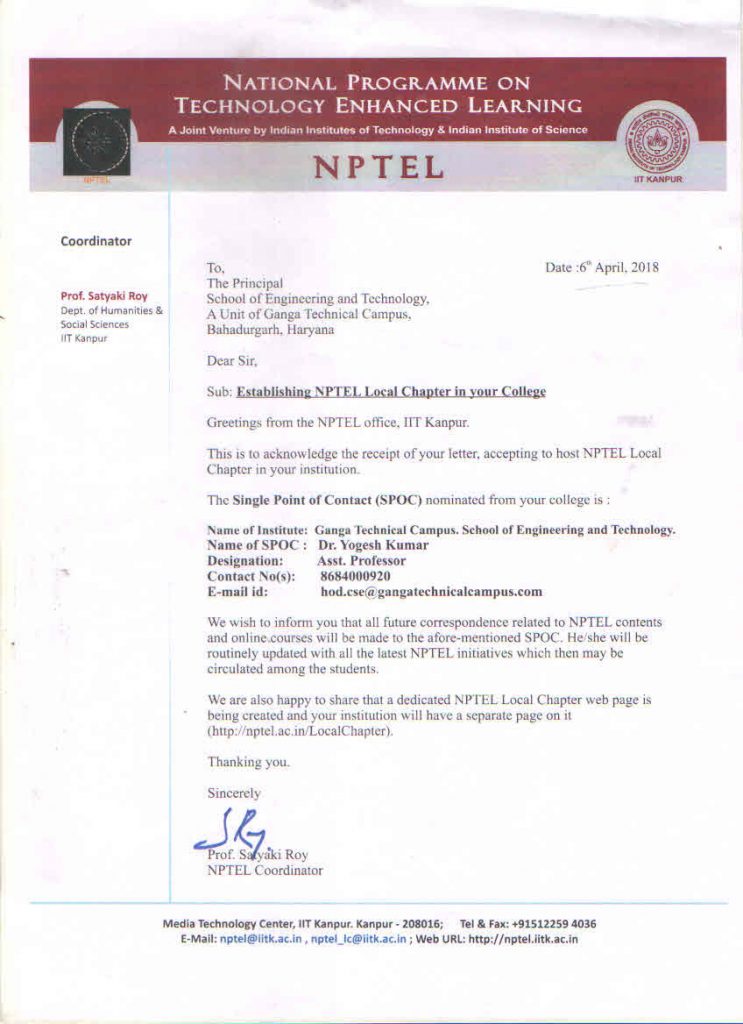 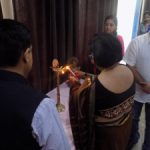 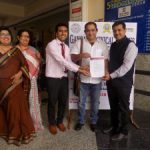 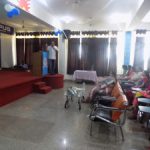 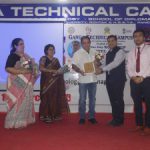 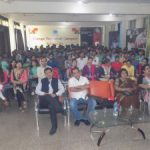